Stay up to date with the latest news from Atlanta Allergy & Asthma. 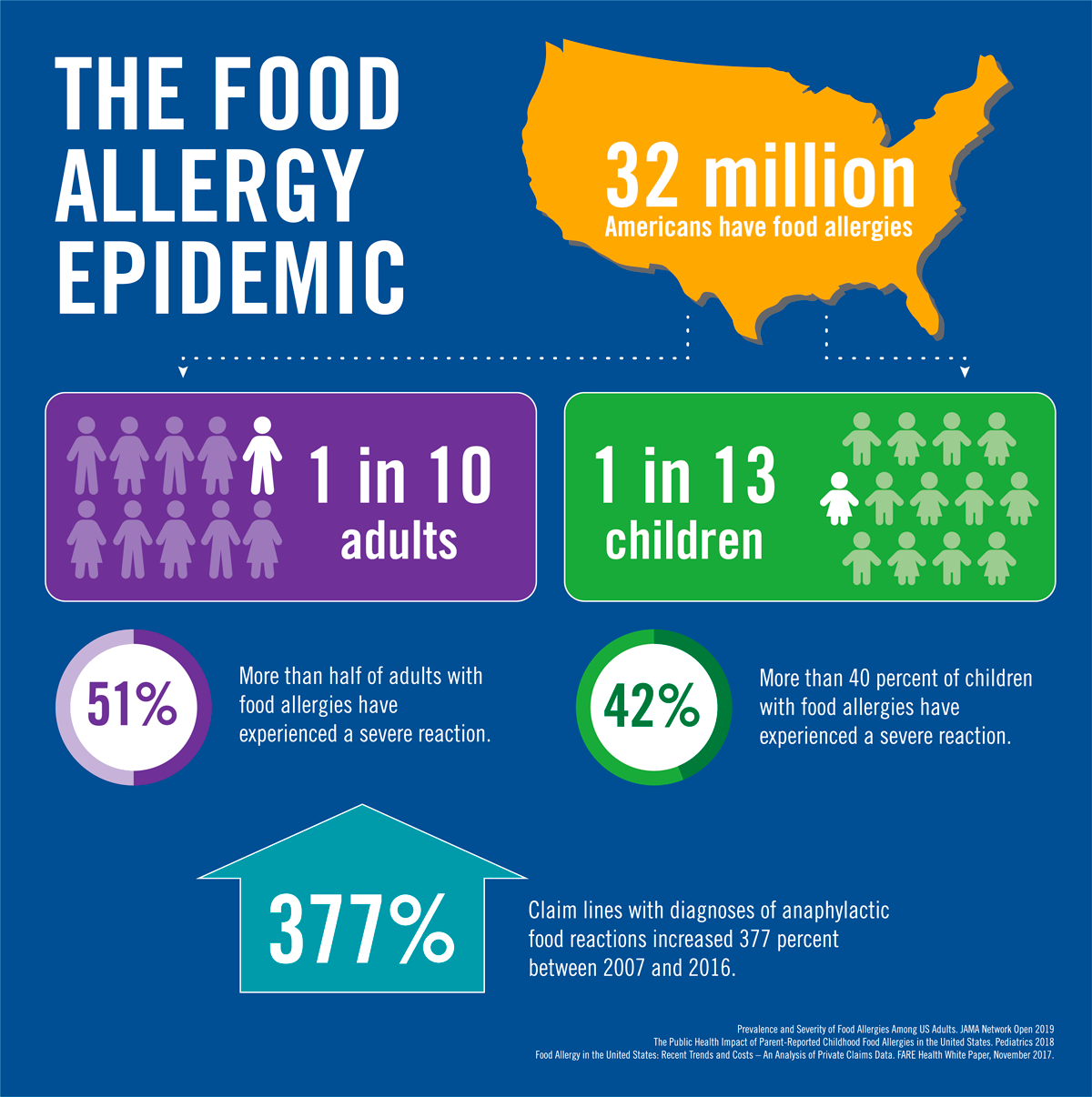 Two recent studies have revealed that 32 million Americans — more than double what was previously believed — are living with a potentially life-threatening food allergy.

The first study concluded that food allergies affect about 1 in 13 children in the United States. Those numbers are in line with conclusions from earlier studies. The second study revealed that an estimated 10% of the adult population has at least one current food allergy. That is virtually three times the amount that had been previously reported. The rise in food allergies has reached epidemic proportions.

However, there has also been positive news over the past several years. Increased awareness and funding have led to developments that give hope to families living with food allergy.

Learn more about the increasing number of children AND adults impacted by food allergy and how you can help transform the future.